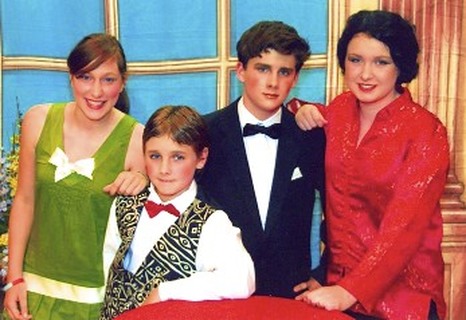 Millie is not an easy show to pull off, usually relying on a glitzy set and big tap numbers to rescue an indifferent score and thin plot. However, this young cast, ranging in age from 8-14, was convincing and created an enjoyable production, despite the absence of any tap dancing at all.

The excellent five-piece band set the tone for an upbeat show that was blessed with an engaging Millie (Laura Maze) and handsome Jimmy (Alec Smith) as the two leads. Millie had a strong voice and easy acting style, while Jimmy was forceful as well as able to handle comedy lines. Mrs Mears (Rebecca Craythorne) was well characterized with a good cod Chinese-English that brought out the humour in the role. She was well-supported by Bun Foo (Grant Clark) and Ching Ho (Emma Beard), who sang well and with great emotion, especially during the Mammy number. Trevor Graydon was played with maturity and poise by Harry Kemp, with the patter song and Ah, sweet mystery of life both coming across well. Miss Flannery (Georgia Stableford) and Dorothy Brown (Juliet Ware) provided good support to the main leads. There was plenty for the young chorus to do as secretaries, waiters, etc and there was enough movement to maintain interest as well as provide challenge if needed.

I note that this was a much smaller cast than usual and so it must be hoped that more members join for the pantomime.

Congratulations to this young cast for an entertaining and successful show. What a shame that the earlier curtain up than originally envisaged didn’t foreshadow a better England result.