Young Expressions
Mr Scrooge
26 and 27 November 2022
There were some great individual performances. Dr Watson was played confidently by Tom Stubley. This was great casting as Tom had a clear voice and excellent timing for his jokes. He was certainly not afraid to communicate with the audience and used the responses to aide his performance. His characterisation was good too. Imogen George played Holmes and was almost the straight man to Watson’s comedy but it was this duo that helped narrate the story by ‘investigating’ the activities of Scrooge. Imogen was also clear and confident. Well done.

Mr Scrooge was played by Harry Hodey. This was a big part and Harry sustained his mean character very well. Marley was played by Thomas Donno. Thomas played the messenger to tell Scrooge about the visits of the ghosts and was involved with some really fun choreography during Thriller with Fred (Millie Hodey), Bob (Louis Gregory) and the Boy Chorus dressed as skeletons. Millie and Louis also played their parts well as they were both strong actors.

‘Bad Guy’ was the number that introduced us to the Ghost of Christmas Past played by Jessica Pudney. The dance troupe joined for this number. It’s a relatively modern song and it suited the piece.

Act two began with another well-choreographed, full company number, ‘Green, Green Grass’ with a simple change of words, a song about dying became a song about eating mince pies. Fezziwig, Scrooge’s old employer, who was played by Noah Middleton, led the company in a party scene and we got to see the young Scrooge played by Daisy Innes and his first love, Agnes, played by Poppy Nottage. The two sang ‘When I was Your Man’ and had really strong and harmonious voices.

The talent of the performers continued to build as Sophie Finlay, entered as the Ghost of Christmas Present and sang ‘Bad Habits’. Joined by the Cratchit family, Mrs Cratchit (Alex Davey, dressed as the Dame) Martha Crachit (Summer Robinson) and Tiny Tim (Aven Fernando). I really enjoyed the comedy of the Cratchit family. When they were gratefully eating an old boot for dinner and the children enjoying their presents; Tim an aeroplane made from toenail clippings and Martha a piece of string. The comic timing here was very good for such a young cast.

The Ghost of Christmas Yet to Come is the final ghost we meet and was played assuredly by Isabella Devito. Isabella’s song was ‘It's My Life’; a rock number, and she was joined by the other ghosts. The performances certainly built as the show went on and I was overjoyed to see the energy of the cast build too. Eventually, Scrooge turns a new leaf and the full company join him for ‘Money Money Money’.

The set was effective and back-drop curtains were swiftly changed for different scenes. The stage crew did a good job. The costume and make-up were of a very high standard and really added to the overall mood of the show.

Although I have only picked out a few names there were many cameo performances by other members of the company that I wish I could mention and there were a lot of funny jokes too. There was everything you’d expect in a panto from the ‘Oh No it Isn’t’ calls to the corny jokes, that I actually find hilarious.
​
There was a full house, and lots of children in the audience to make the afternoon really enjoyable for all. Well done all and thank you so much for the invitation, I certainly feel like my Christmas has begun now. 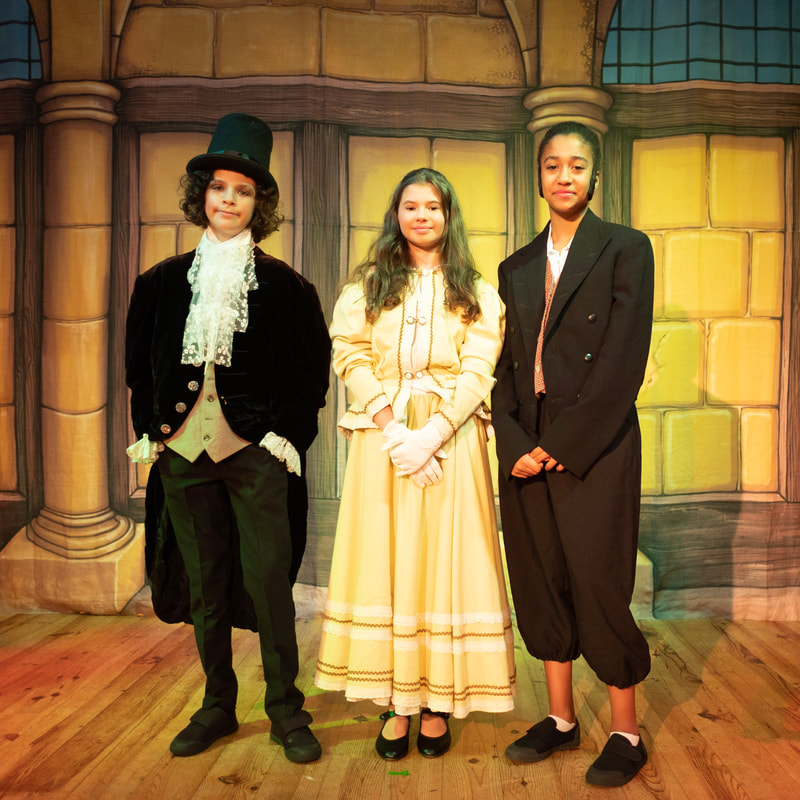 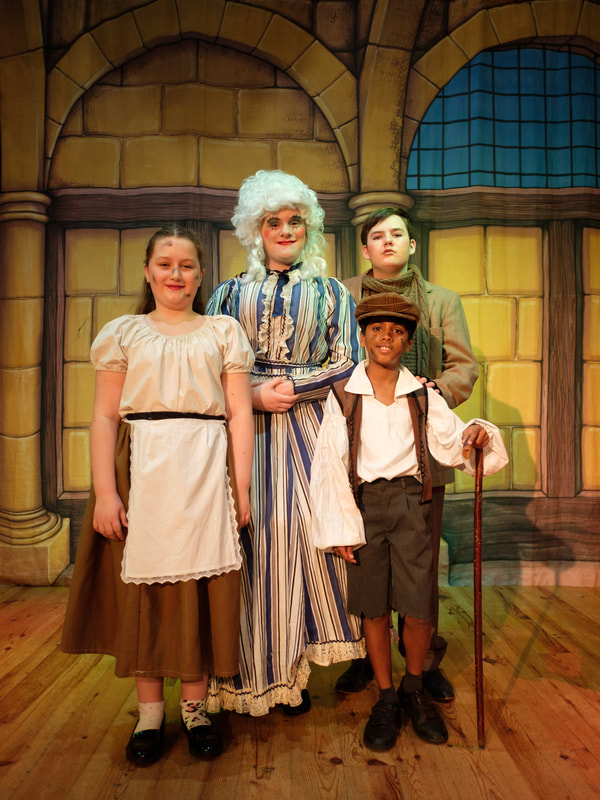 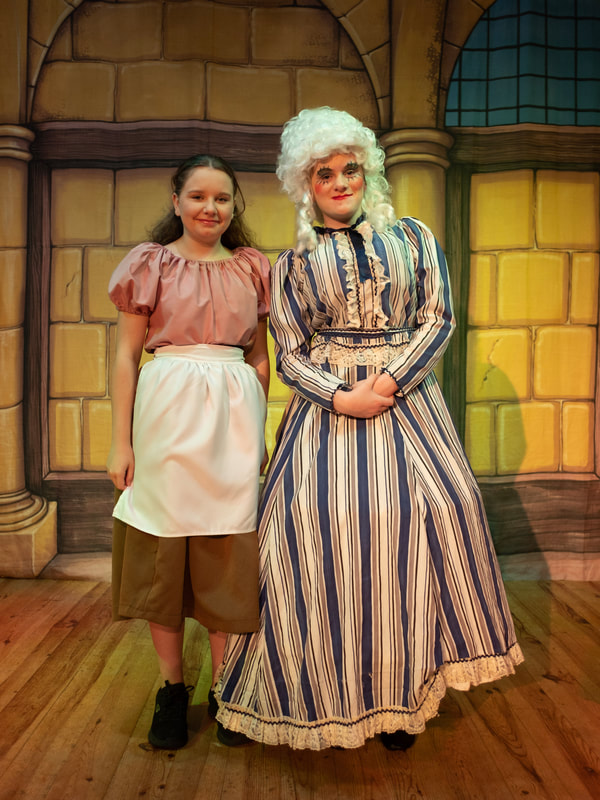 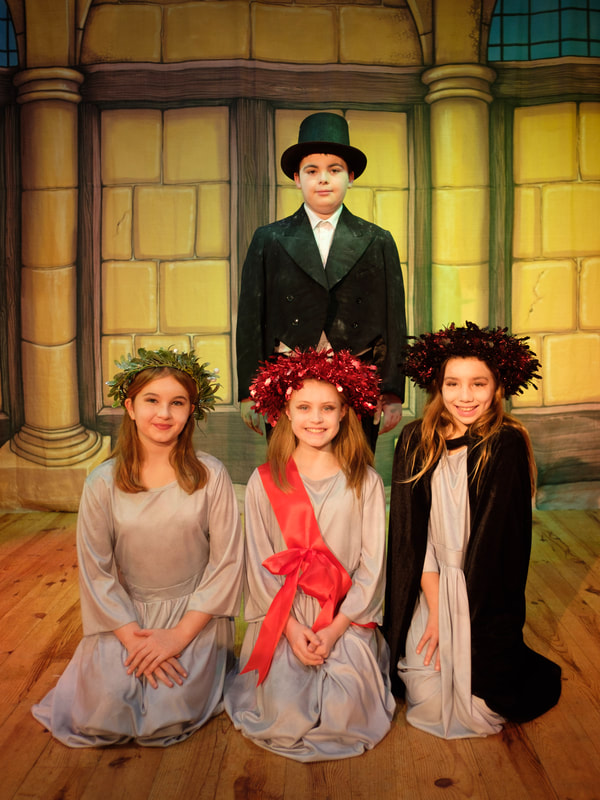 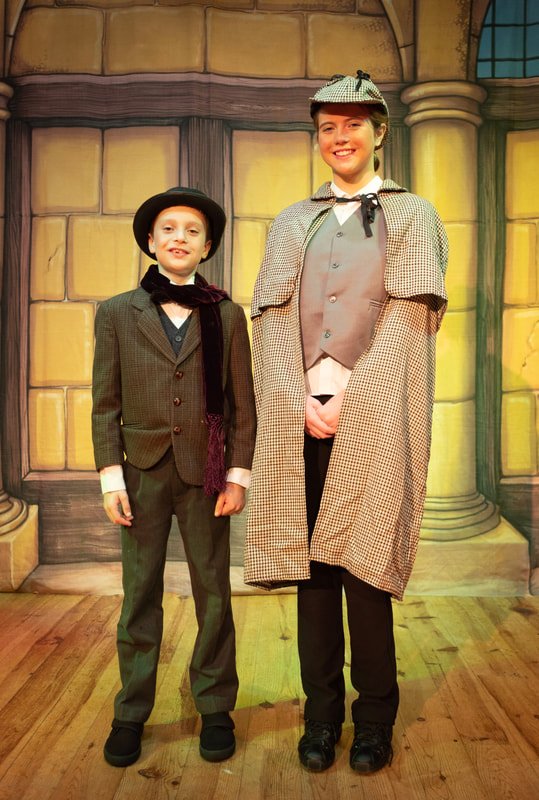 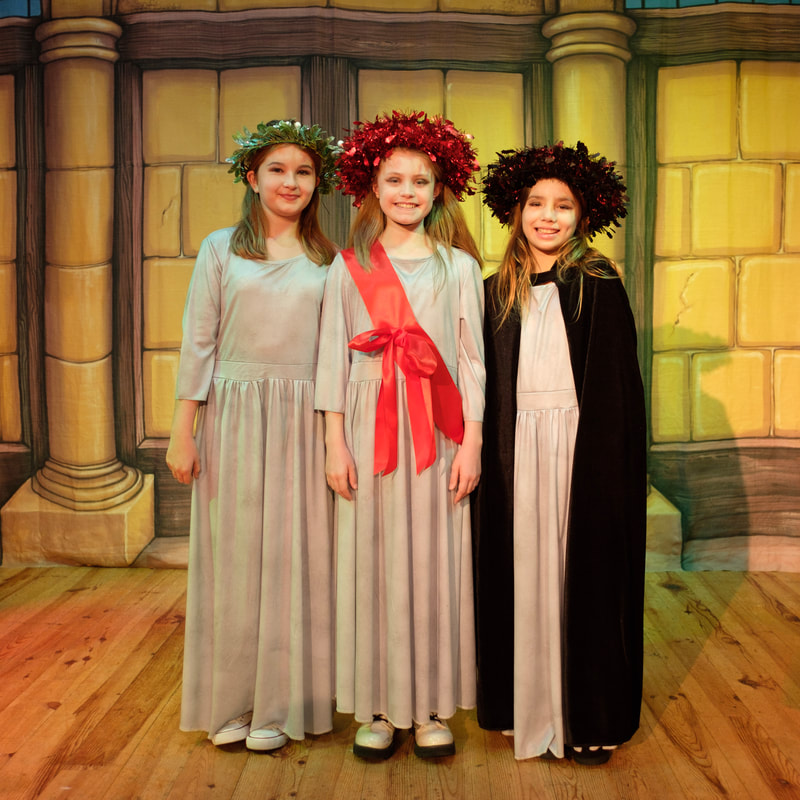 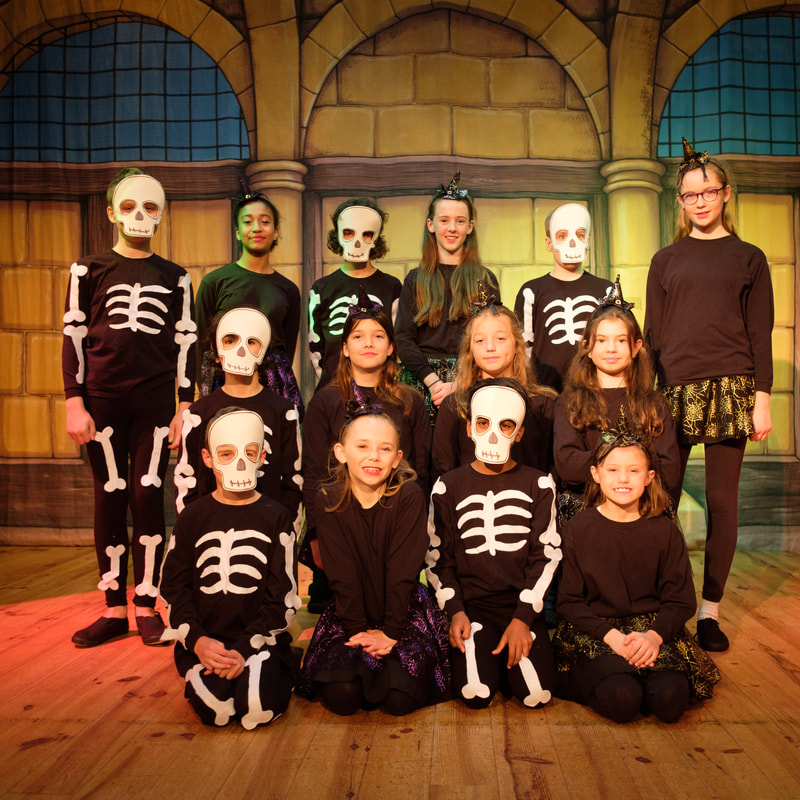 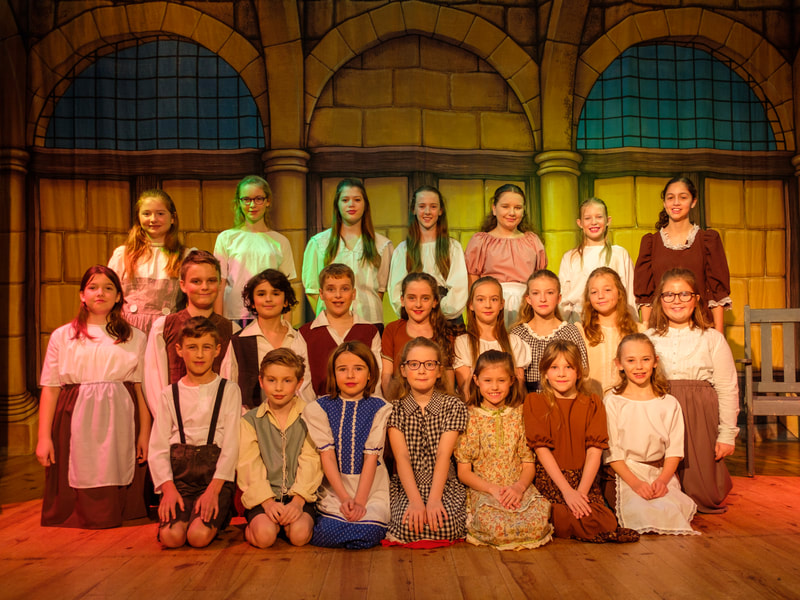 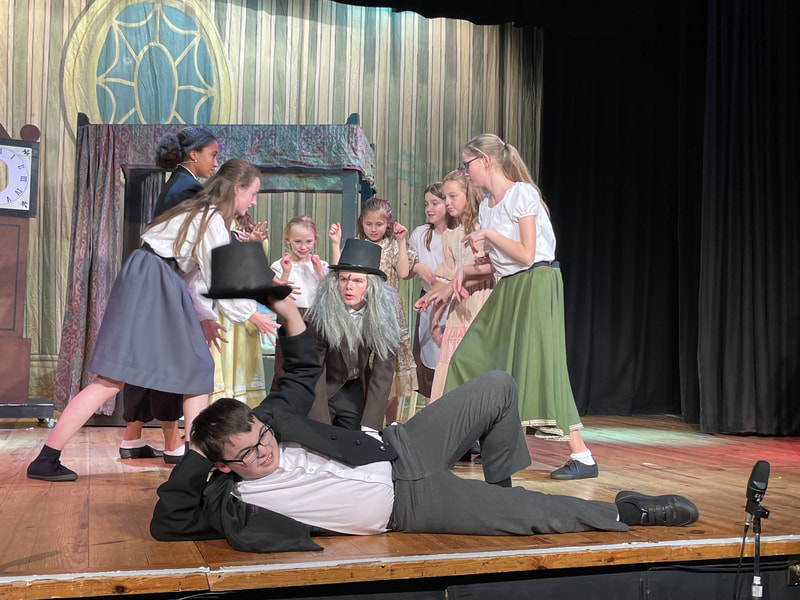 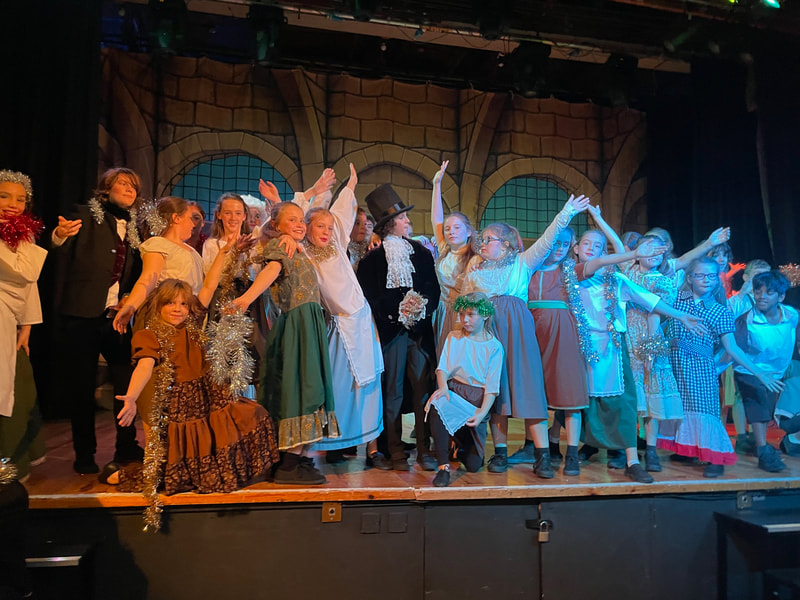 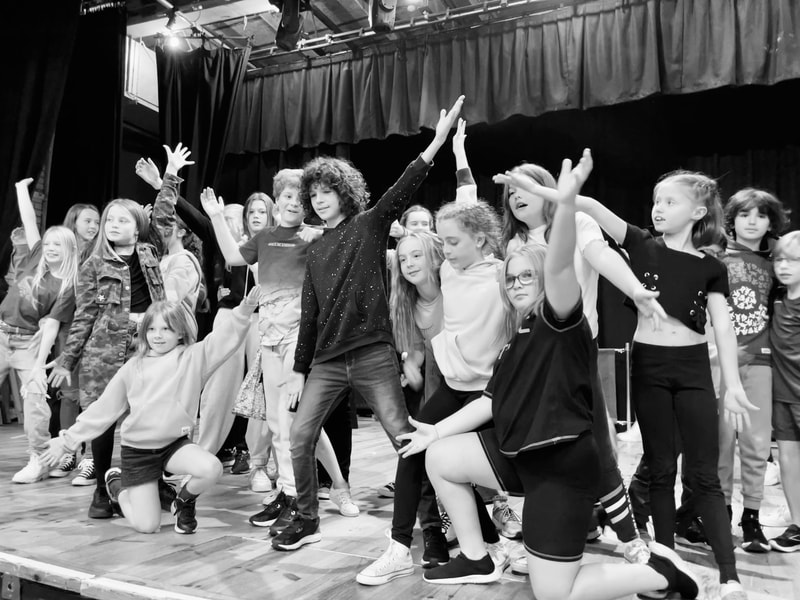 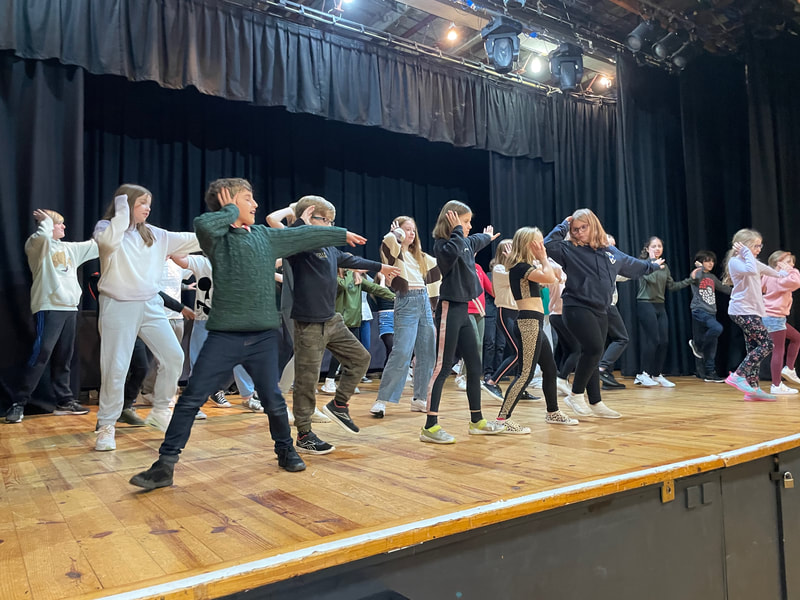 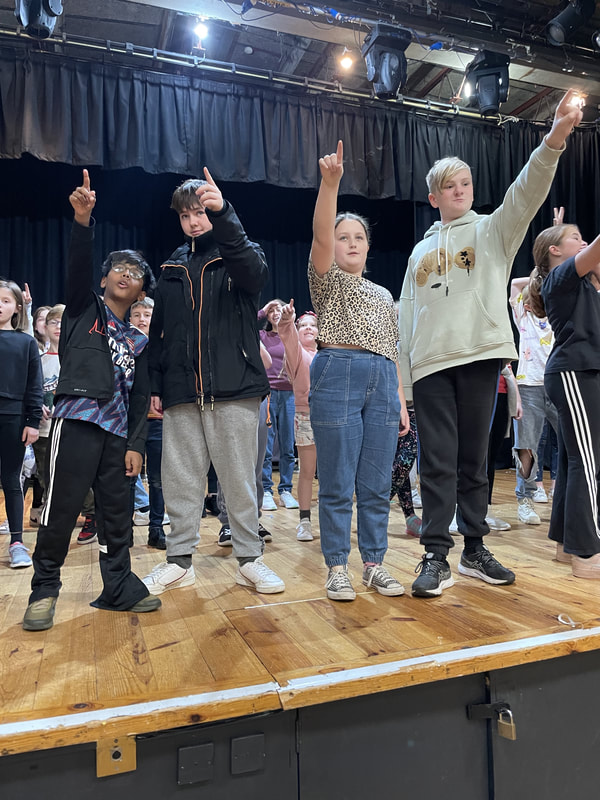